Ploughing is a reliable, tried and tested tillage method that works well in most conditions and provides a number of unique advantages. In one pass, the plough produces a straw-free surface and loosened soil in which a seedbed can be created and a new crop established.

The plough is an old implement but this does not mean that it is no longer being improved. The modern plough has shares that can cope with shallow or deep working depth, a toolbar that practically guarantees a straw-free surface and a control panel in the tractor cab that increases the capacity.  Automatic and GPS-assisted on-land ploughs and specialist ploughs for shallow ploughing are also available on the market nowadays.

A common problem in ploughing is the creation of a plough pan (a compacted layer below ploughing depth). Ploughing depth should therefore be varied between years. If large amounts of straw are present there is a risk of a straw layer being created at the furrow base, a problem that can be rectified by a prior pass with a Carrier.

On light soils the plough leaves a surface that only requires some levelling and reconsolidation to produce a good seedbed. If a cultivating seed drill such as Rapid or Spirit is used, other tillage can be limited to one or two passes or even omitted completely.

On clay soils, however, the plough leaves a surface that requires more work before it is suitable for drilling. In the past, cultivators, rollers and levellers were used until a seedbed was created. Today disc implements such as Carrier are widely used in combination with cultivators in order to decrease the number of passes. Cultivating seed drills such as Rapid or Spirit also place lower demands on the seedbed compared with conventional seed drills.

In cold growing regions where the soil freezes in winter, the need for seedbed preparation in spring is drastically reduced on clay soils and is comparable to that on light clays.

Ploughed systems are less suitable in dry conditions in particular, since the soil loses relatively large amounts of moisture during the intensive tillage involved, which can result in poor emergence if there is no rainfall after sowing.

Heavy rainfall after sowing can also cause problems, as the straw-free surface can form a strong crust on certain types of soil. In addition, heavy rainfall and wind can give a high risk of erosion in some regions.

With the exception of those regions where crusting, drought and erosion are critical factors, the primary driving force behind reduced use of ploughing is economic. While the plough itself is not the most expensive piece of equipment, the low capacity means that the costs per hectare are high. In addition, the high time requirement per hectare poses a problem on large farms where available time is limited, particularly in the autumn. 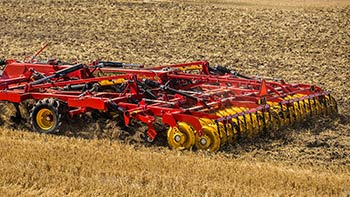 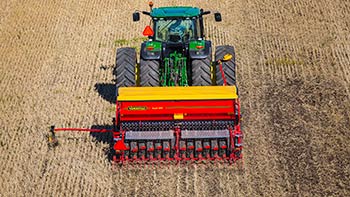 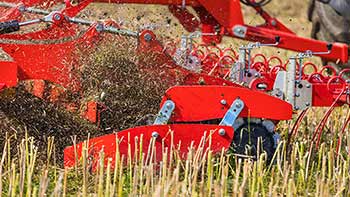