The building blocks of soil

The soil that is cultivated to create a seedbed only consists to half of solid material, while the remainder consists of pores filled with water or air. Of the solid material, clay and organic material have the strongest influence on the soil and determine its tillage properties.

Soil consists of around 50% solid material, with 50% pores in between. In simple terms, half of a soil clod is solid material and the other half is pores.

Pores with water or air

The solid material consists of either mineral particles of different size classes or of organic material. The important pores are filled with either air or water depending on how wet the soil is at a particular time, its structure and soil tillage. In the ideal case, half the pores are filled with water and half with air. However, in soils with an aggregated structure such as clays, the pore volume is somewhat higher (40-60%) than in single-grained soils such as sands (35-45%).

The texture of the soil refers to the distribution of mineral particles into different size classes. Different countries use different classes, but a common internationally acceptable system classifies the texture into blocks, stones, gravel, sand, silt and clay according to the particle size ranges shown in table "Particle size distribution" below.

Figure shows the difference in size between some of the mineral particles in a soil and the significance of this. Clay and humus particles are the smallest constituents in the soil. Their average diameter is less than 0.0002mm (i.e. 1000 times smaller than a grain of sand) and they are called colloids. The surface of clay particles has a negative electrical charge. This means that positively charged nutrients such as potassium, calcium and magnesium ions can bind to the clay particles. The clay particles therefore comprise nutrient reserves for plants.

A cultivated arable soil is often a mixture of different particle size groups. If gravel and sand dominate the soil texture, this gives permeable, dry and relatively infertile soils, while an inclusion of sand in a clay soil makes it warmer. Silty soils are often cold and water-retaining and can easily take up water through capillary rise. The finest mineral particles, clay, have a strong influence on the soil even at concentrations of around only 5 %. Clay soils shrink and swell and impart an aggregated stucture to the soil, with cracks and crevices where roots can grown through the soil profile. The typical characteristics of various soils are often a function of the clay content, which strongly influences soil type and tillage.

The organic material in the soil also has a very clear influence on the character of the soil. It consists to almost 60% of carbon (C) and originates from plant residues that have been decomposed by microorganisms. In this decomposition process (see image below), plant nutrients such as nitrogen (N), phosphorus (P) and sulphur (S) are released. The organic material can have enormous significance for soil properties and its influence is nearly always positive from the farmers perspective. It affects:

Fine clay (<0.0002mm) and some organic material are colloids and represent the smallest components in the soil. However, they have a large specific area (see Particle size distribution table), i.e. a large surface area in relation to their weight. The specific area increases with decreasing particle size. The surface of clay particles is negatively charged, so nutrients in the soil that are cations bind to the surface, creating a store of nutrients for the plants.

A characteristic of all clay minerals is their flattened shape. This, together with their extremely small size, means that clay colloids have a very large surface area in relation to their mass – a high specific area.

Colloid = colloids are the finest particles in the soil, with an average diameter of less than 0.0002 mm. The colloids include some organic material and fine clay

Mineral particles = soil mineral particles are the inorganic smallest constituents, which have been formed at the site through weathering of various minerals and rock types or have been transported there, e.g. by glaciers. The properties of the soil are strongly dependent on soil particle size according to table Particle size distribution

Pore = soil pores are the spaces, channels and cracks in the soil, which are filled with either water or air depending on the actual water content of the soil

Soil fauna = earthworms, woodlice, springtails, centipedes, mites and other animals that open the door for bacteria and fungi through dividing and breaking apart plant residues in their mouth, stomach and intestines

Texture = soil texture refers to the proportions of mineral particles with different average diameter, i.e. the relative proportions of sand, silt and clay in particular according to table Particle size distribution 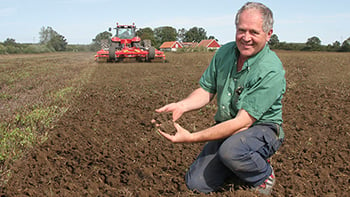 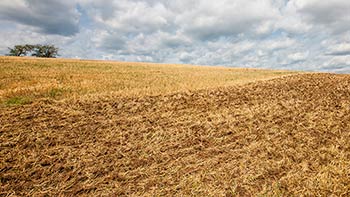 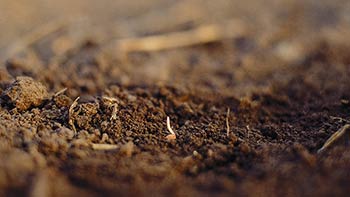