The NZ harrow – Finer tilth at a faster speed

With this insight we got to work with a clear future vision of what would be required to regain this lost terrain. A new way of building the frame, a bogie and a more efficient tine were required. The heavy, rigid and fully welded frame was initially constructed with 4 shafts with an eventual goal of a 7.5cm tine spacing – an impossible task. Väderstad’s NZA-Harrows nowadays have 5 or 6 shafts. The bogie was a way to provide stability and adherence. We built this ourselves and then equipped the bogie with a tyre from Trelleborg – which had been developed solely for the new harrow.

The hydraulics were US-inspired with a master/slave system, but the problem was the precision required to provide a good enough result. The solution was a non-return valve placed in each cylinder to provide millimetre precision. It meant that we could raise and lower the entire harrow in parallel for the perfect working depth. The tine was developed in several forms, with the best version dubbed the Agrilla – hinting at the Latin word argilla which means clay. The harrows were introduced in spring 1982. Väderstad’s harrows then overnight became the only option for forward-looking farmers.

The development of the new harrows in the 1980s ran parallel to the trend towards larger tractors and a general size rationalisation in Sweden. The effective Väderstad-harrow was well suited to the new rationale. Bogie and a much stronger frame meant that harrowing could be careful and steady at 12-14km/h instead of perhaps around 8km/h. The higher speed also made for a better result with more fine tilth being generated around the vibrating tines. This meant that you often could reduce the number of passes by one, with the same or even better results. That was a big step forward. 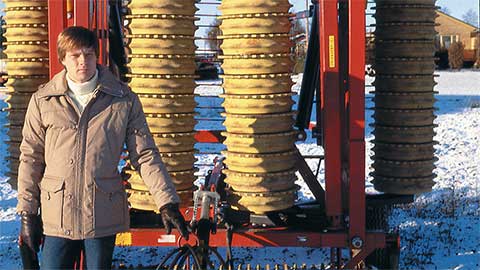 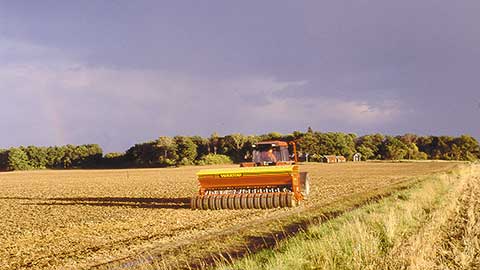 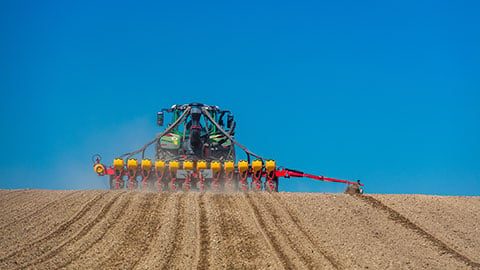