Väderstad, one of the world’s leading companies in tillage, seeding and planting, celebrates the 30th anniversary of our seed drill Rapid. Since its launch in 1991 Väderstad has sold almost 28 000 Rapid machines to farmers all over the world looking for a reliant machine suited to all possible conditions.

When the Rapid was launched in 1991 it revolutionized the seed drill technology with its unique seed coulters and ingenious seed depth control system. And it continues to be a huge success today, 30 years later, after countless updates and developments of the Rapid concept.

– When we developed the Rapid our goal was to develop a machine that could do several operations at once and work well in all conditions. We call it the universal seed drill, says Bo Stark, Area Sales Manager for Väderstad Nordic and a member of the second generation of Väderstad’s owner family.

One of the major reasons the Rapid was a huge hit was that it carried out both seedbed preparation, levelling, drilling and reconsolidation in one pass – while at the same time offering a reliable seeding result at high working speed. Behind the seed coulters, the large packer wheels have become a real trademark of the Rapid, wheels that create an optimized seed-to-soil contact even in tougher soils.

The OffSet of the packer wheels, meaning that every second wheel is displaced 190 mm backwards on a separate axle, gives lot of advantages such as lower vibrations, resulting in higher drilling precision as well as lowering the draught requirement by up to 25 percent.

– I remember one time talking to a farmer who really enjoyed working with the Rapid. He always said that “The Rapid really is the Jeep of seed drills, it does its job everywhere and, in every condition”, says Bo Stark. 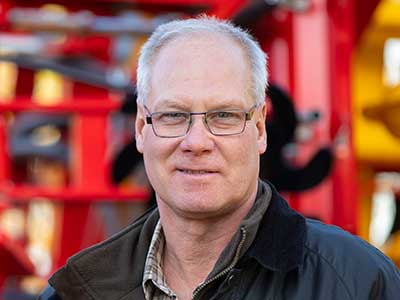