In spite of challenging external factors that squeezed producer prices for farmers, the Väderstad Group reports results (EBITDA) of MSEK 82 for the previous financial year. At MSEK 2100, turnover was largely unchanged compared with the year before. The equity ratio is 42 per cent. 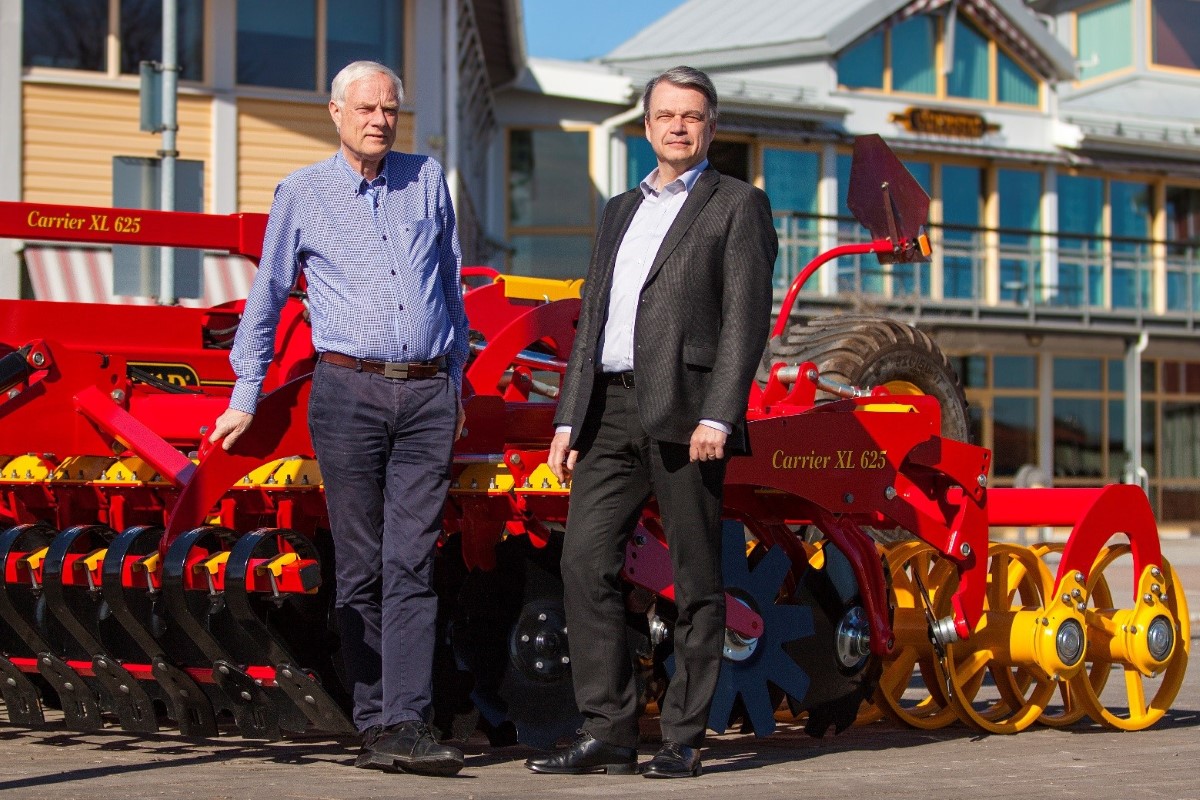 From the left; Crister Stark, Chairman of the Board, Väderstad Holding AB and Jan Engfeldt, CEO Väderstad AB

“Despite the fact that the market has been characterised by weak demand for agricultural machinery as a result of low producer prices for grain, beef, pork and milk, it has been a good year for Väderstad,” says Crister Stark, Chairman of the Board.

The Väderstad Group, which has split its financial year since 2014, October – September, is now reporting its figures for 2015. The Väderstad Group consists of Väderstad AB with sales company, Seed Hawk in Canada, Svensk Presshärdning AB and Väderstad Farm AB with 250 ha in Väderstad.

- Some markets have developed very well, with good demand, not least here in Sweden, while other markets have had major challenges due to security issues and currency fluctuations - Russia, for example,” says Crister Stark.

In general, the market for agricultural machinery has been characterised by weak demand, since farmers’ producer prices have been squeezed hard - a global problem.
- “In Canada we have seen weaker demand, and in addition, during the year we have had some one-off costs in our Canadian company Seed Hawk. Even in Canada we are looking forward to future developments with confidence,” says Crister Stark.

Until now the market for agricultural machinery has been weak but order inflow for Väderstad continues to be satisfactory.

- We are at the leading edge when it comes to developments in technology and electronics - something that is crucial for the efficiency and survival of farmers. It  is therefore pleasing to see that we are somewhat ahead of last year’s sales, and I can see that we have the conditions for making this a good year,” Crister Stark concludes.